Taiwan separatist forces have frequently conducted espionage activities against the Chinese mainland within and outside China’s territory in recent years, attempting to disrupt cross-Straits exchanges and resist the reunification of China.

To crack down on such moves, the state security agency of the mainland has launched the “Thunder—2020” operation to uncover hundreds of cases conducted by Taiwan separatists, including sponsoring Hong Kong separatists, spying, and instigating troubles in diplomatic ties between the People’s Republic of China and other countries.

The Global Times will run special coverage on the major cases. This is the first part of a three-part series on these cases. 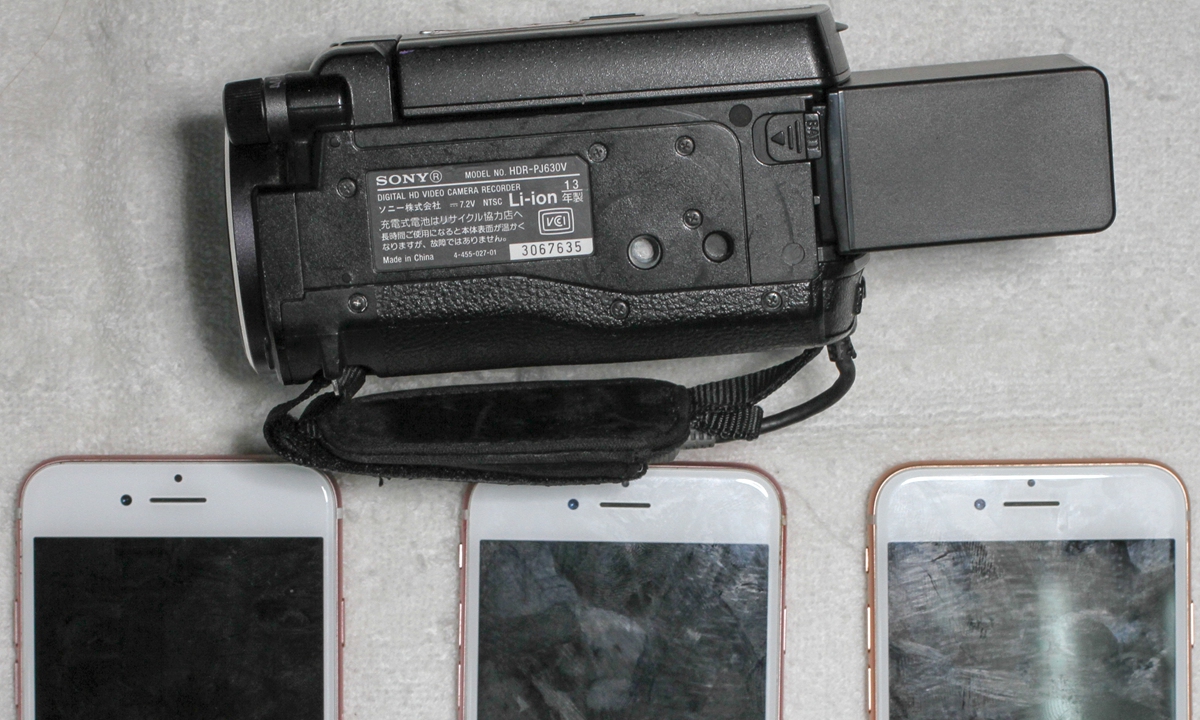 Sources with the Chinese mainland’s state security agency recently revealed to the Global Times that a member of a Taiwan separatist group who had been arrested in Shenzhen in 2019 for endangering national security spied on the mainland’s armed police deployment in Shenzhen, and sent photos and videos he took of the deployment to the Taiwan separatist group. The case is a typical example of Taiwan interference in Hong Kong affairs during the 2019 turmoil in the city, state security sources said.

Lee Meng-chu, a Taiwan resident, was said to have gone “missing” after crossing the border from Hong Kong into the mainland city of Shenzhen in August 2019. A Chinese mainland spokesperson confirmed in September 2019 that Lee was detained by the mainland on suspicion of engaging in criminal activities that endanger national security and was under investigation.

Lee, who was born in 1972 in Hsinchu of China’s Taiwan, headed a Taiwan photoelectric technology firm and was a counselor in the Fangliao township in Pingtung county on Taiwan island.

According to the sources from the state security agency, Lee is also a member of a Taiwan separatist organization “Taiwan United Nations Alliance (TAIUNA).” He is accused of taking many videos and photos of the mainland’s armed police deployment in Shenzhen during last year’s Hong Kong unrest, which he sent to the Taiwan separatist group.

According to public reports, the separatist organization “Taiwan United Nations Alliance” has been actively pushing for Taiwan’s inclusion in the UN or the World Health Organization for many years, and has connections with some anti-China politicians overseas.

In late August 2019, Lee was caught and investigated by the state security agency in Shenzhen according to law.

According to Lee’s confession, his separatist ideas were formed before he joined the “Taiwan United Nations Alliance” in 2009. In 2001, while he was studying in the US, he became involved with Taiwan separatists in New York.

After Lee returned to Taiwan, he was recommended to join the “Taiwan United Nations Alliance” and sponsored fund-raising banquets for the organization every year. He also actively tried to build connections with senior Taiwan separatist politicians including the current Taiwan regional leader Tsai Ing-wen, and was promoted to the senior member of the organization, according to Lee’s confession. 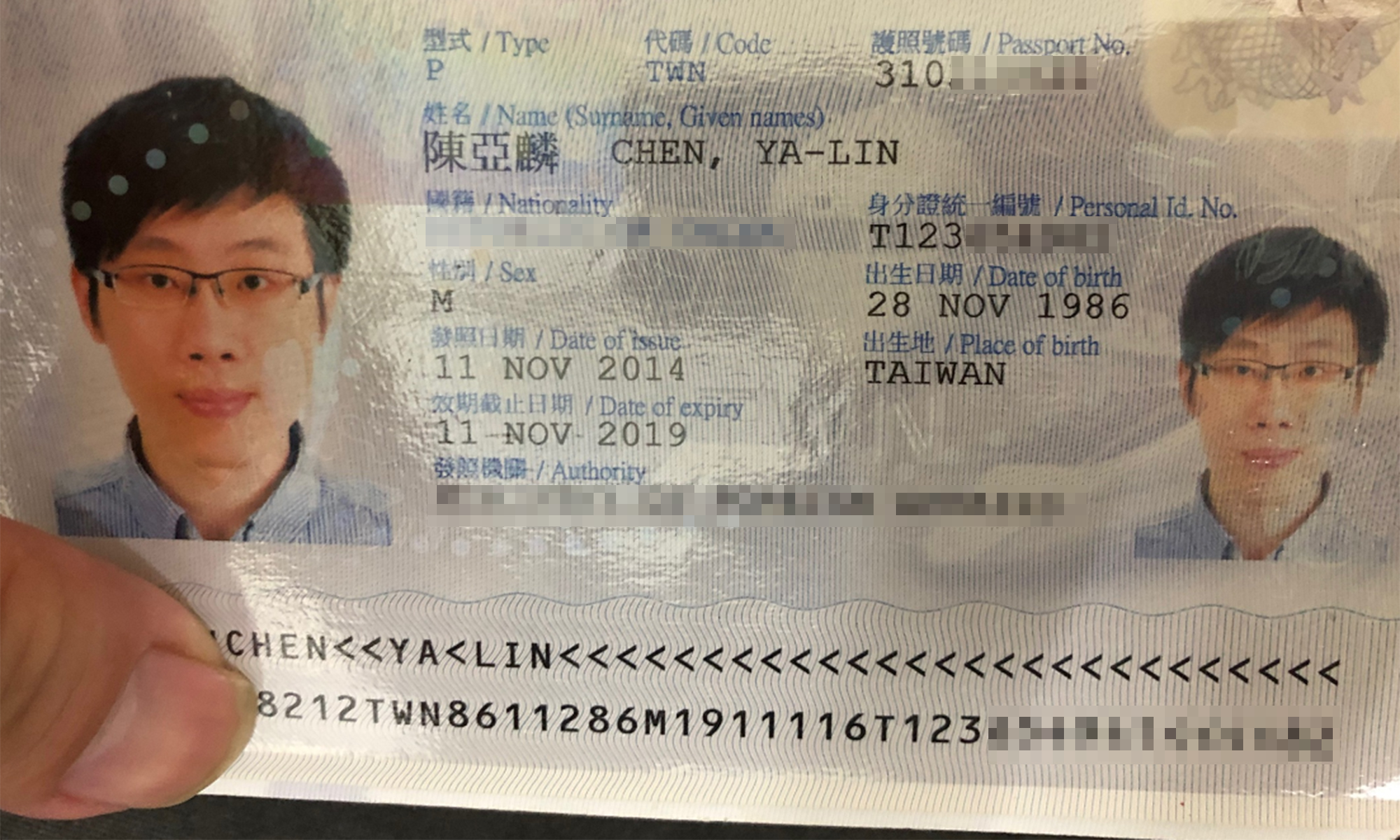 During the months-long violent protests in Hong Kong, which Taiwan separatists helped incite and support, Lee was invited by his friend Chen Ya-lin, who is also a member of the “Taiwan United Nations Alliance,” to go to Hong Kong to support Hong Kong’s violent rioters in July 2019.

But before they traveled to Hong Kong, Chen backed out of the trip because he knew how dangerous it was, Lee said, suggesting he had been fooled by Chen to make the trip to Hong Kong.

Lee arrived in Hong Kong on August 18, 2019, and participated in an anti-government assembly in Victoria Park the same day. During the illegal assembly, Lee handed out his propaganda leaflets to the black-clad protesters and took photos for them. He sent the photos back to Taiwan to impress his separatist group “Taiwan United Nations Alliance,” and was commended by several leaders of the organization, which further motivated and encouraged him.

After he learned from the internet that the armed police force of the Chinese mainland was assembling in neighboring Shenzhen, Lee traveled to the city on August 19 and used his video camera and mobile phone to illegally record the force’s deployment. He sent the photos and videos immediately to the Taiwan separatist group.

On August 20, 2019, Lee was arrested by the mainland’s state security agency at a harbor in Shenzhen as he tried to flee after he was spotted conducting espionage activities.

According to an anonymous officer with the state security department in Shenzhen, the videos and photos taken by Lee are classified military information, including the venue where the armed police force assembled, key military equipment and the number involved. The information could allow overseas forces to figure out the troops’ hierarchy, scale and combat capacity. His activities damaged national security and he will be charged in accordance with the law.

On October 31, 2019, Lee was transferred to the procuratorate for prosecution on the charge of prying and illegally providing state secrets to overseas forces. The case is now being heard in courts.

A typical example of interference

According to Lee’s confession, the reason why Taiwan separatists like Lee are interested in supporting violence in Hong Kong is that they are for a long time instigated by Taiwan’s Democratic Progressive Party (DPP) and separatist forces on the island. Taiwan’s DPP hyped the riots in Hong Kong and spared no effort to smear the mainland. It whitewashed the riots as a fight for the cause of freedom and democracy and tried to brainwash Taiwan residents.

Lee said his activities in Hong Kong also helped him make connections with senior politicians in Taiwan, and his online chat records with Chen showed that Lee planned to run for election as a “lawmaker” in Taiwan and his experience in Hong Kong could be used as political capital.

Taiwan separatists like Lee and Chen don’t care about the so-called “freedom or democracy” in Hong Kong; they only care about their own political interests and how much attention they can attract in Taiwan, said the officer of the state security department in Shenzhen.

For these people, "democracy" and "freedom" are all about business, the Shenzhen officer said.

An officer with the state security department of Guangdong Province, who also requested anonymity, said Lee’s case is typical of Taiwan separatists’ interference in Hong Kong affairs, and there are many similar cases. “The DPP authority won’t give up, and it has built a special department to assist Hong Kong rioters and separatists to flee to Taiwan. ‘Democracy’ and ‘freedom’ are just excuses for them to seek secession.”

“We urge the DPP authority to immediately stop its interference in Hong Kong affairs. Suspects who violate the national security law for Hong Kong could be sentenced to jail terms from three years to life imprisonment,” said the officer with the Guangdong provincial state security department.

“We urge Taiwan separatists to not challenge the law or test its effectiveness,” the officer noted.