‘What I have done harmed the mainland’

Among hundreds of cases involving Taiwan separatists’ espionage activities uncovered by the Chinese mainland’s state security agency recently, Cheng Yu-chin’s case is a typical one for the Taiwan separatist authority to use academic exchanges as a cover for espionage purposes.

In this case, Taiwan “intelligence agencies” recruited a Taiwan scholar to establish a think tank in the Czech Republic and used it to spy on the Chinese mainland and instigate defection among mainland personnel in European countries to work for them.

The Global Times runs a special coverage on the major Taiwan espionage cases. This is the second part of a three-part series.

Sources in the Chinese mainland's state security agency recently provided details to the Global Times of the case against a Taiwan spy who used his academic post in Europe as a cover to collect intelligence, recruit mainland personnel to become Taiwan spies, and sow discord between the People’s Republic of China (PRC) and other nations.

Mainland authorities detained Cheng Yu-chin in April 2019 on suspicion of spying. The Global Times learned that after 18 months in detention, Cheng’s case has been transferred to the procuratorate for prosecution and trial.

Cheng, who was born in 1977 in Kaohsiung, Taiwan, was recruited by Taiwan “national security” and military intelligence agencies to infiltrate Chinese mainland personnel in some foreign countries, including the Czech Republic, and tasked with damaging the PRC’s diplomatic ties with other countries. 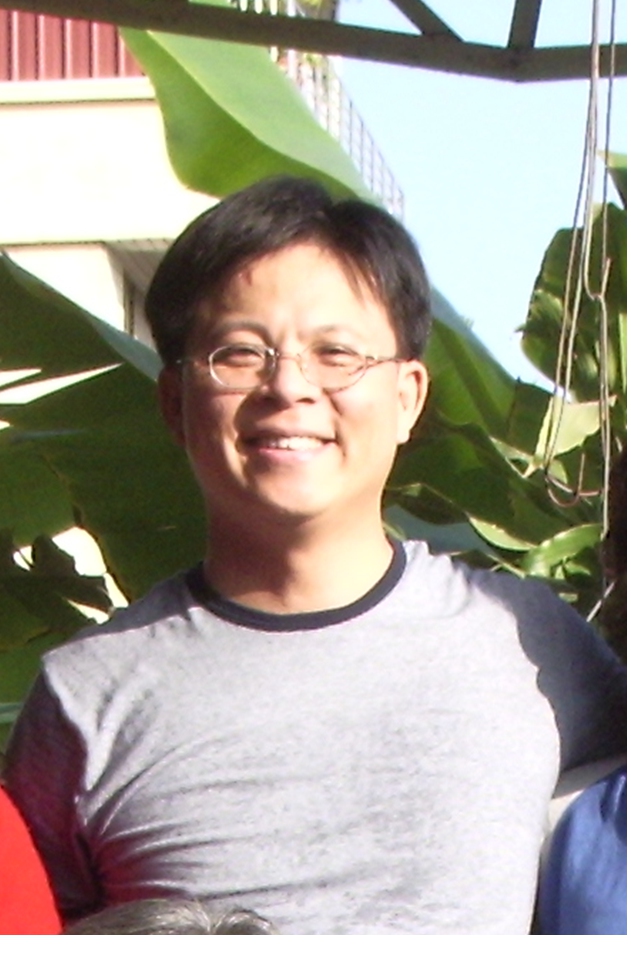 Cheng was previously an assistant to former Democratic Progressive Party (DPP) chairman Cho Jung-tai. He was first based in the Czech Republic in 2004, and became a professor at Charles University in Prague.

In 2015, Cheng established the “Institute of China-Europe Political and Economic Studies” in the Czech Republic, and became the head of the institute.

Cheng wrote essays about the organization and structure of state security agencies in the Chinese mainland while pursuing his master’s degree in Taiwan. According to Cheng’s confession, he intentionally tried to attract the attention of Taiwan intelligence agencies.

Cheng, who is also a DPP member with deep-rooted separatist views, longs to become a senior figure in Taiwan’s intelligence field. He once told friends that “one day I will return to Taiwan and sit on the first three rows at a ‘national security’ meeting,” according to an anonymous officer of the state security bureau of Zhangzhou, Fujian Province. 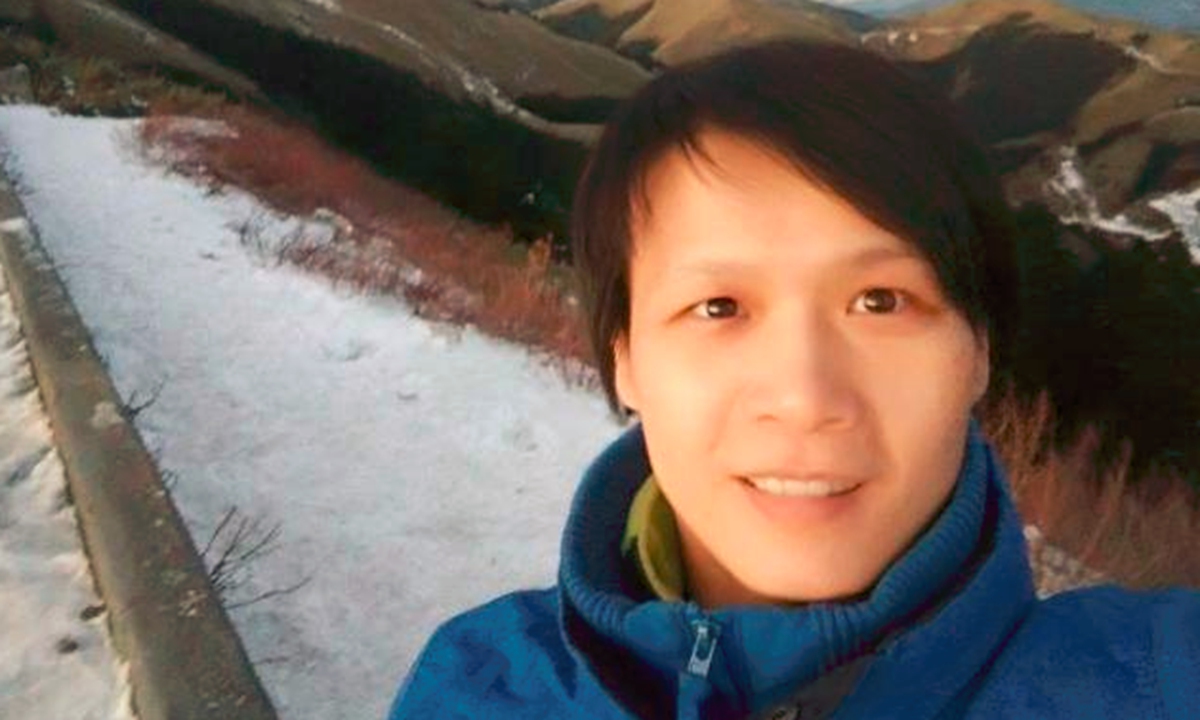 After being recruited by Taiwan intelligence agencies, Cheng became a crucial asset for Taiwan spies in espionage activities against the mainland in other countries. Intelligence agencies on the island started to give him greater attention.

In 2008, when Cheng returned to Taiwan, he met reporter Lü Jia-jia (transliteration), who worked for Fu Hsing Broadcasting Station (FHBS) and asked Cheng to gather intelligence on political hot spot issues. Cheng accepted the request, knowing that FHBS is a subsidiary of a Taiwan military intelligence agency. Cheng also believed Lü was an intelligence agent. Lü, who was born in 1982, is a spy serving in the “military intelligence bureau” of Taiwan, according to sources from the mainland's state security agency.

Lü asked Cheng to find opportunities to visit the mainland and pay attention to the views of experts and scholars in the mainland on cross-Straits relations, and look for those who could be used by the Taiwan authority.

Between 2011 and 2013, Cheng traveled to the mainland four times for academic conferences.

Cheng paid a lot of attention to people he met, and briefed Taiwan intelligence agencies on their character and research achievements. He also briefed them on how to use these people, according to the officer of the state security bureau in Zhangzhou.

In order to avoid Czech government supervision over illegal or unusual cash flow, Lee has named Lü the “tax refund center” on his social media account and contact list, and Lü would transfer the money to the account of shell companies that Lee registered in the Czech Republic. Lü later introduced another Taiwan spy, Vicky Tao, to Cheng, but Tao wanted Cheng to change the previous measures for intelligence gathering – suggesting Cheng collect intelligence on the mainland through his connections in Europe and the US.

Cheng said he could establish an institute in the Czech Republic, which would give him opportunities to attend conferences organized by the EU. Tao agreed, and when Cheng returned to Prague, he established the “Institute of China-Europe Political and Economic Studies” under the Charles University in Prague.

“By using the title of director of the institute, I can attend more international conferences, so that I can collect more intelligence,” Cheng said in his confession.

In 2017, Cheng received an invitation from the Organization for Security and Cooperation in Europe to a major academic conference in Vienna. After he reported the issue to Tao, Tao was extremely excited and flew to Vienna the next day with her superior to meet Cheng, and awarded him $10,000 in cash.

Cheng said in his confession that “after 1971, Taiwan representatives were not allowed to attend many international conferences, and Taiwan’s overseas personnel or ‘diplomats’ used content from local newspapers to fill their intelligence reports, which was an open secret.”

“But this time, Taiwan intelligence agencies saw new hope as I could bring them firsthand intelligence from major international conferences,” Cheng noted in his confession.

Tao asked Cheng to attend more major EU or NATO conferences to further learn about the views of European countries and the US on the mainland, in areas including national defense, politics, science and technology, and urged Cheng to broaden his connections, according to the officer of the state security bureau in Zhangzhou.

Cheng understood how dangerous it was to serve the Taiwan intelligence agency, so he asked for a “burn after reading” software before sending his intelligence reports to Taiwan, to leave no trace. Every time Cheng traveled to the mainland, he uninstalled the software, and reinstalled it after he left the mainland, according to his confession.

In January 2019, Cheng received three articles hyping the “China threat” written by a researcher from a US-based anti-China foundation. Cheng spread the articles in various chat groups, adding more groundless stories, including “Chinese nationals and overseas Chinese in the Czech Republic are Chinese spies.” Cheng even falsified the source of information, claiming that they were from the Czech Republic’s government agencies. These rumors have created panic among local Chinese in Prague, according to the mainland state security officer.

Cheng had also infiltrated the Chinese mainland’s diplomatic and civilian circles in the Czech Republic by attending international conferences and events, and providing services to Chinese mainland delegations who visit the country. Through these events, Cheng tried to collect intelligence and turn mainland personnel into Taiwan spies, according to sources with the mainland's state security agency.

After Cheng was detained on the mainland, he confessed that “no country would allow secessionist and separatist activities, and what I have done caused harm to the mainland.”