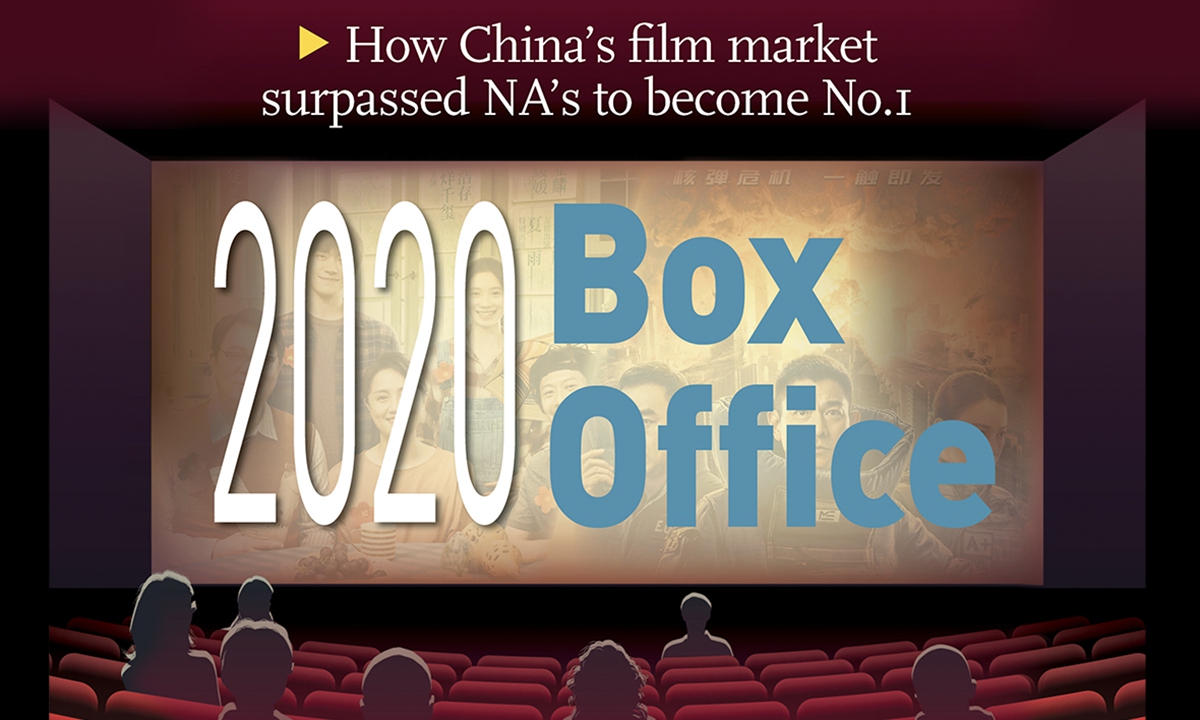 How China’s film market surpassed NA’s to become No.1

December looks to be a very busy time for Chinese theaters and moviegoers as a total of 57 movies are scheduled for the month. Many Chinese film experts are now predicting that the 2020 box office for the Chinese mainland might break 20 billion yuan ($3.05 billion) as the current total for the first 11 months has already reached 16.5 billion yuan.

A Little Red Flower: A Little Red Flower stars popular actors Jackson Yee, the lead of Chinese romantic crime film Better Days, and Liu Haocun, a new rising star who appeared in Zhang Yimou's recently released One Second. It focuses on the subject of depression and is sure to gain the empathy of Chinese audiences.

The Rescue: The Rescue was originally a strong competitor for the 2020 Chinese New Year film season. It was directed by Dante Lam, the director behind blockbuster films Operation Mekong and Operation Red Sea. On ticketing platforms Taopiaopiao and Maoyan, the number of users who want to watch the movie has exceeded 1.5 million.

Xiao Fuqiu Film (critic based in Shanghai): It is unrealistic for Hollywood to expect to "recover its capital" by entirely relying on the Chinese mainland film market. An emphasis on emotional resonance and storytelling is the reason why domestic blockbusters have generally been performing better at the box office than Hollywood blockbusters in recent years.

Shi Wenxue Film (critic based in Beijing): December's box office will likely not surpass that of October, which got a tremendous boost from the National Day holiday.

Liu Zhenfei (Data analyst from Chinese ticketing platform Maoyan): February 2021 is expected to become the top box-office month of 2021 since several blockbuster films will be released during the Chinese New Year holiday.