Hundreds of people from all over China visit Chairman Mao’s hometown to pay tribute on the CPC’s anniversary despite heavy rain
By Cui Fandi, Published: 2021/7/1 12:56:06
Photo:Cui Fandi/GT
Editor's Note:
In Shaoshan, Central China’s Hunan Province, the hometown of Mao Zedong, one of the founding leaders of the Communist Party of China, days of heavy rain failed to stop people from all over the country rushing to visit Chairman Mao's birthplace. Starting at 6 in the morning, hundreds of people gathered in Mao Zedong Square, singing, bowing, saluting, and offering flowers.  Among the people at the scene, there were a large number of young people. They told the Global Times that they were very excited to salute the great leader on this special day and hoped to make greater contributions to the country in the new century. 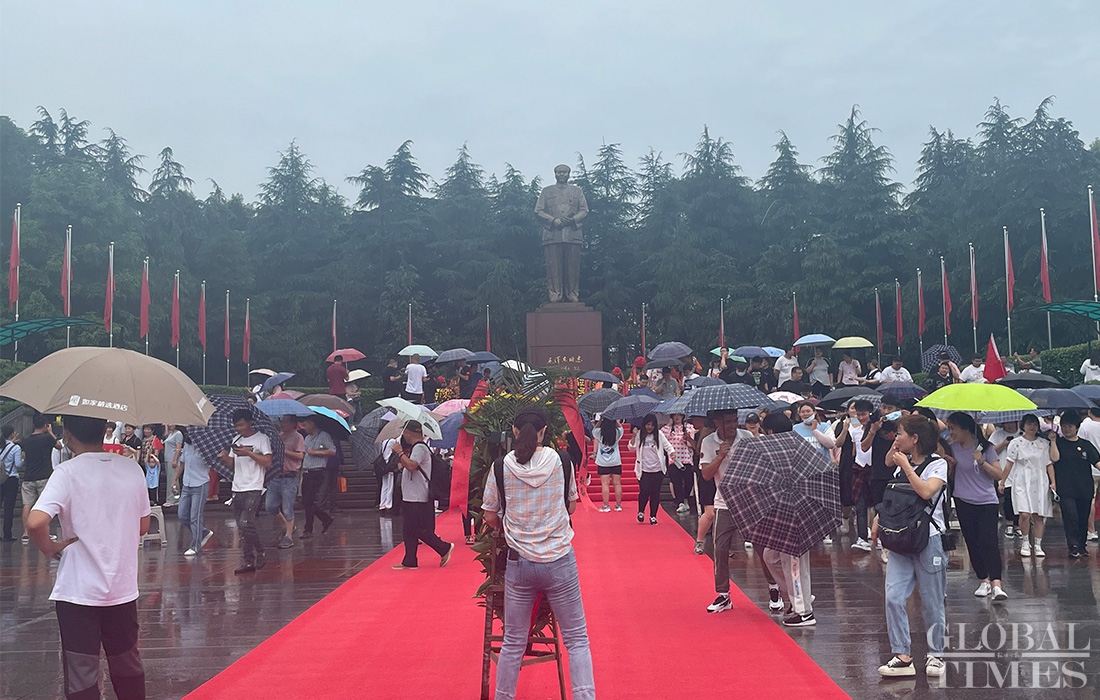 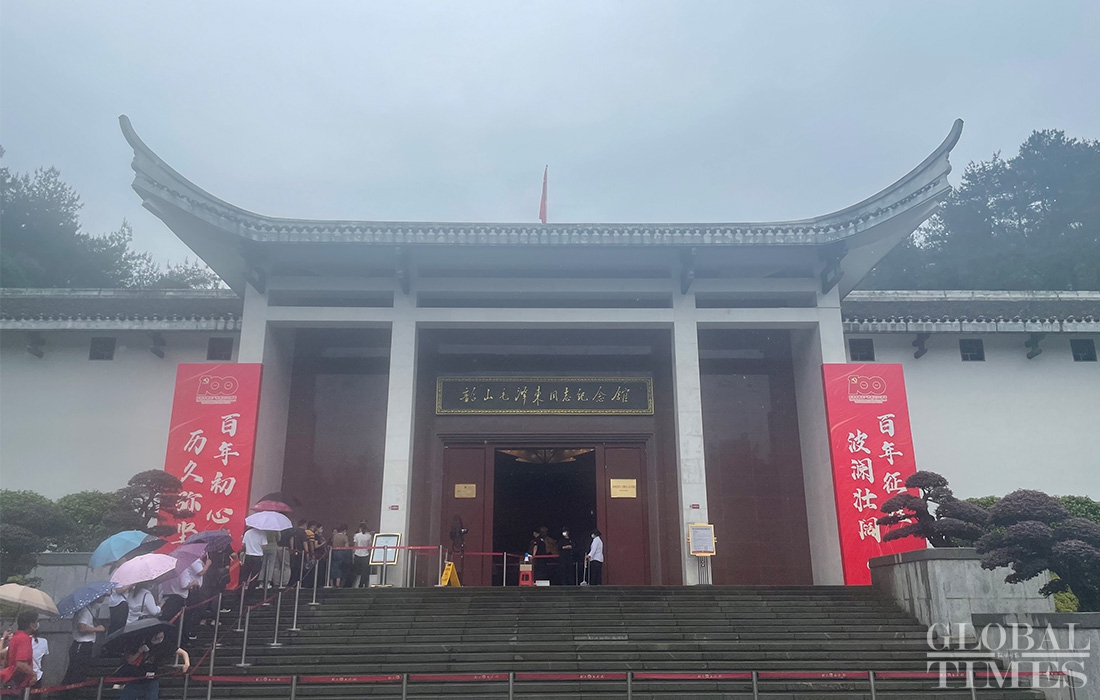