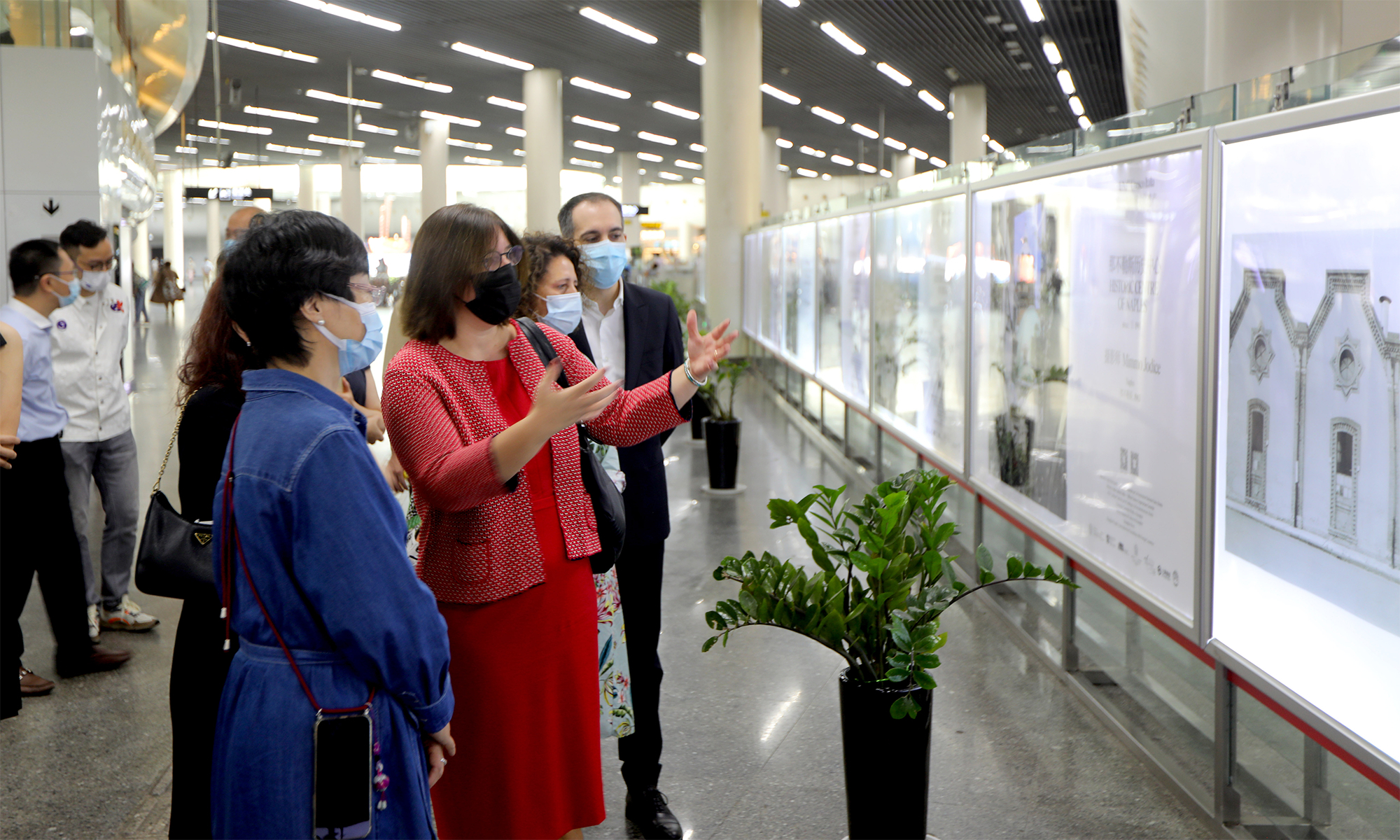 When Italian culture meets Shanghai subway
By Chen Xia, Published: 2022/9/19 18:08:00
Photo: Chen Xia/GT
Editor's Note:
A photography exhibition of World Cultural Heritage in Italy opened at a public space in Shanghai Metro on Monday, bringing a batch of selected works of the world cultural heritages such as the picture of Val d’Orcia to local residents.

Tiziana D’Angelo, consul general of the Consulate General of Italy in Shanghai, said on Monday that the exhibition provides an opportunity for cultural exchange between the Chinese and Italian people, as the international tourism has been affected by the pandemic.

Under the guidance of the Shanghai People’s Association for Friendship with Foreign Countries, the event was co-organized by the Consulate General of Italy in Shanghai and the Shanghai Metro. (Photos: Chen Xia/GT) 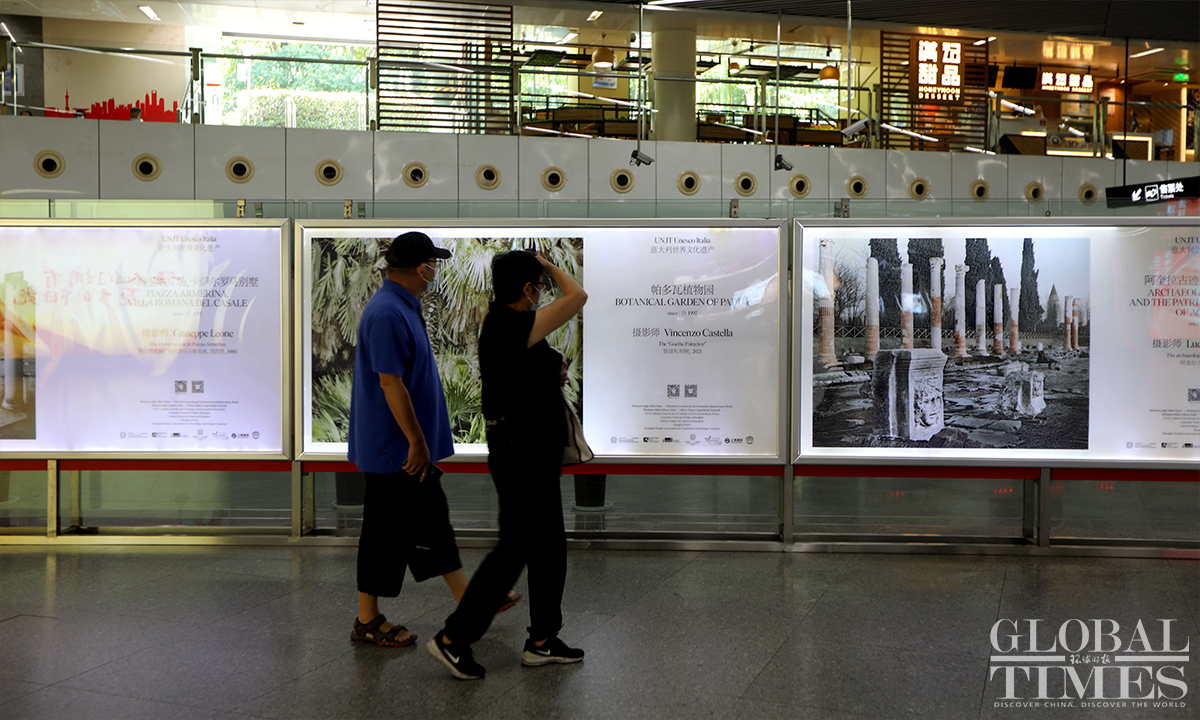 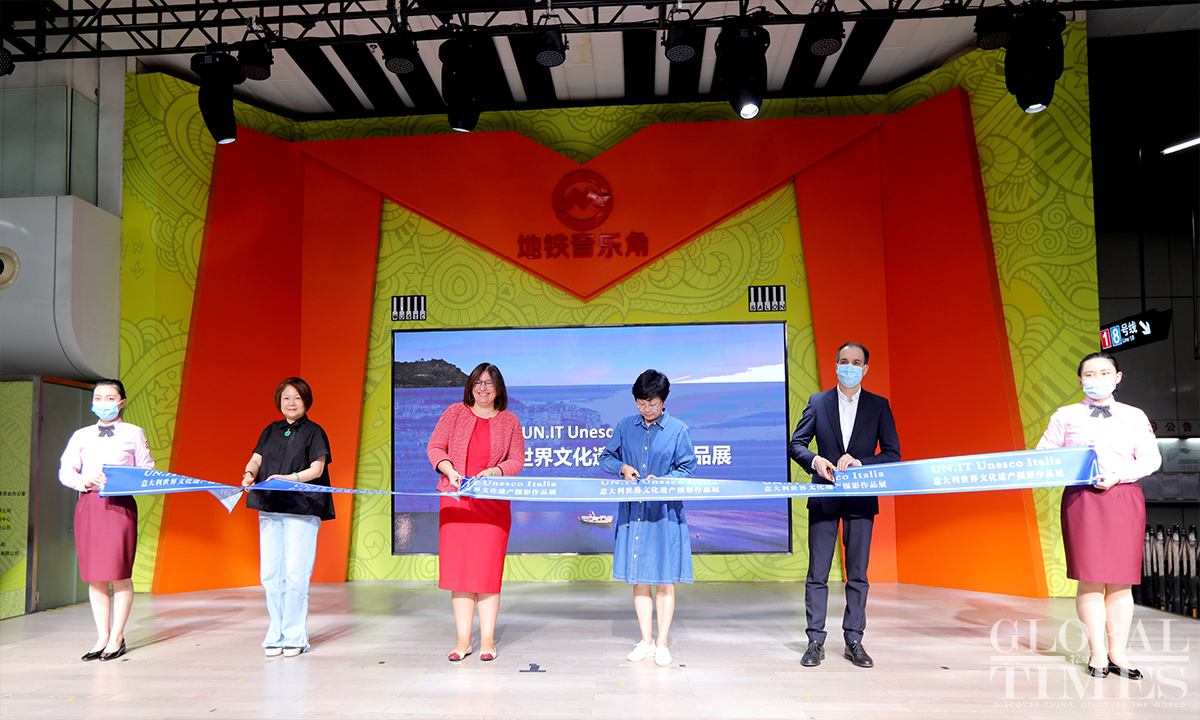 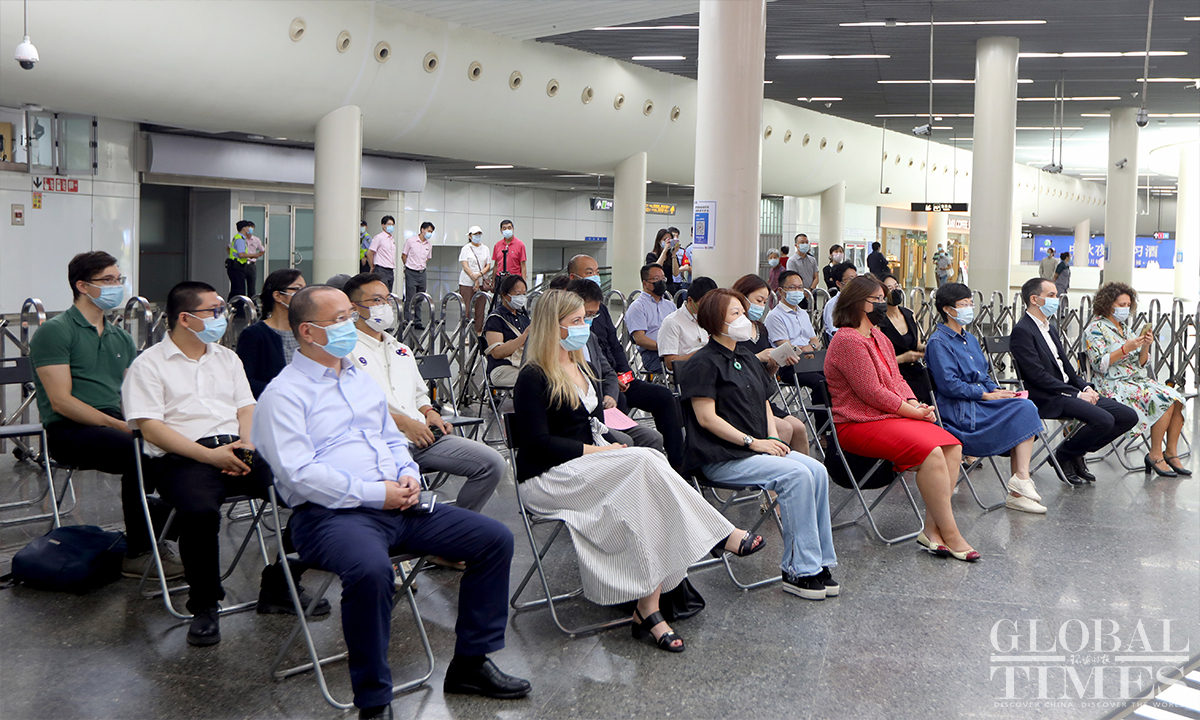