On Tuesday, the National Cultural Heritage Administration unveiled the top 10 archaeological discoveries of 2020 in China from among 20 candidates. These discoveries cover important academic fields including the origin of mankind and civilization, the formation and development of China as a unified multi-ethnic nation and the history of the ancient Silk Road. 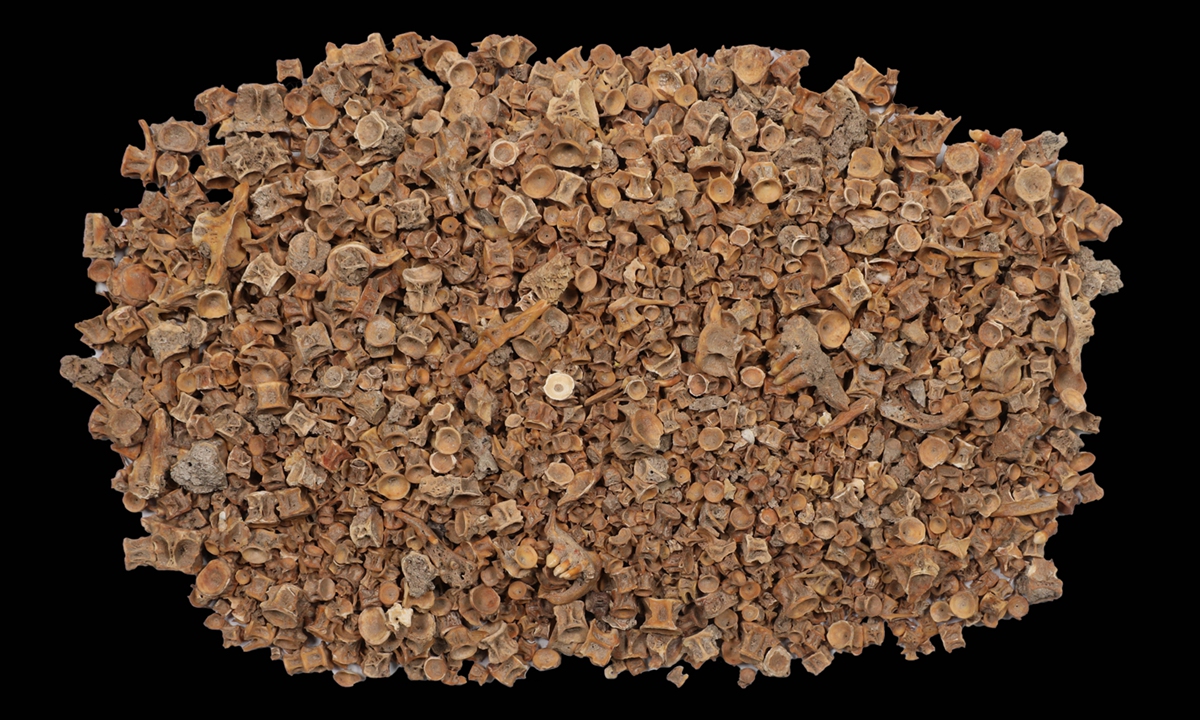 Lavish cultural relics including 51 fire tools, two tombs, a large number of stone items, polished bones and the remains of animals and plants have been uncovered at the Zhaoguo Cave Site. These relics are important resources for research into the living behaviors and survival strategies of cave dwellers in the late Paleolithic period. For instance, they provide evidence that ancient cave-dwelling humans used and controlled fire as early as 10,000 years ago. 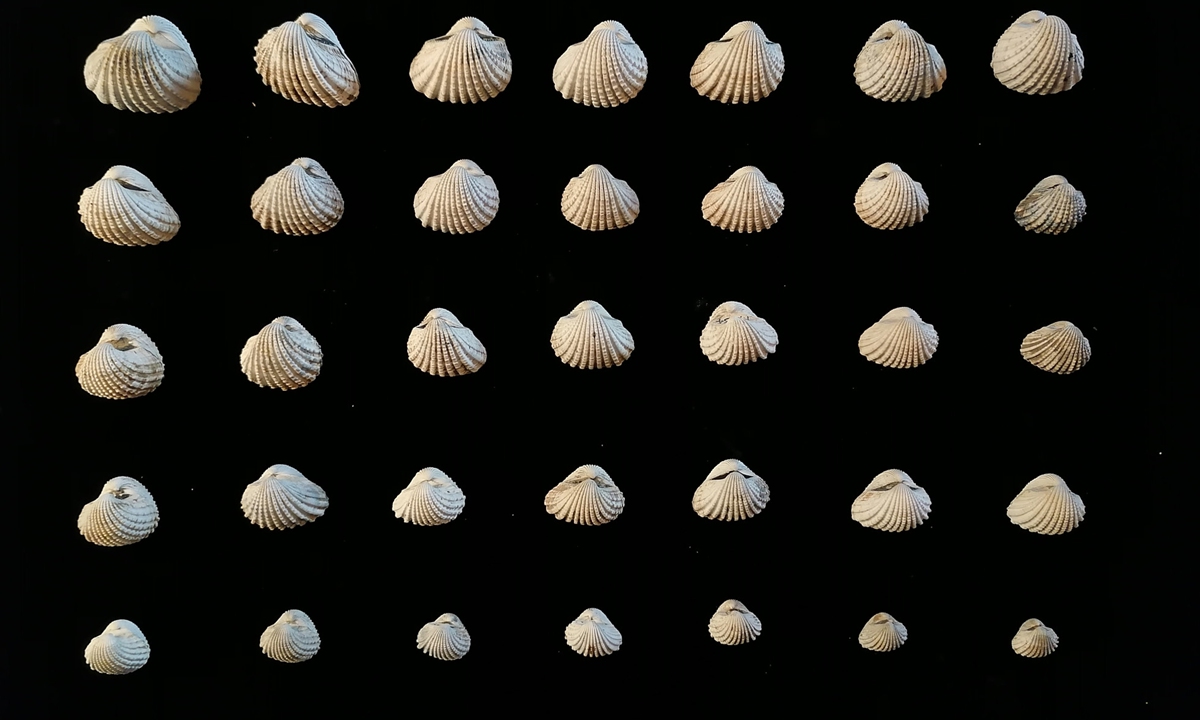 The Jingtoushan Shell Mound Site covers 20,000 square meters of land. It is a landmark Neolithic site discovered on the coast of the province nearly 50 years after the discovery of the Hemudu Site in 1973. It is the oldest and deepest buried shell mound site along the coast of China, and provides a unique example of the relationship between China's coastal environmental changes and human activity. 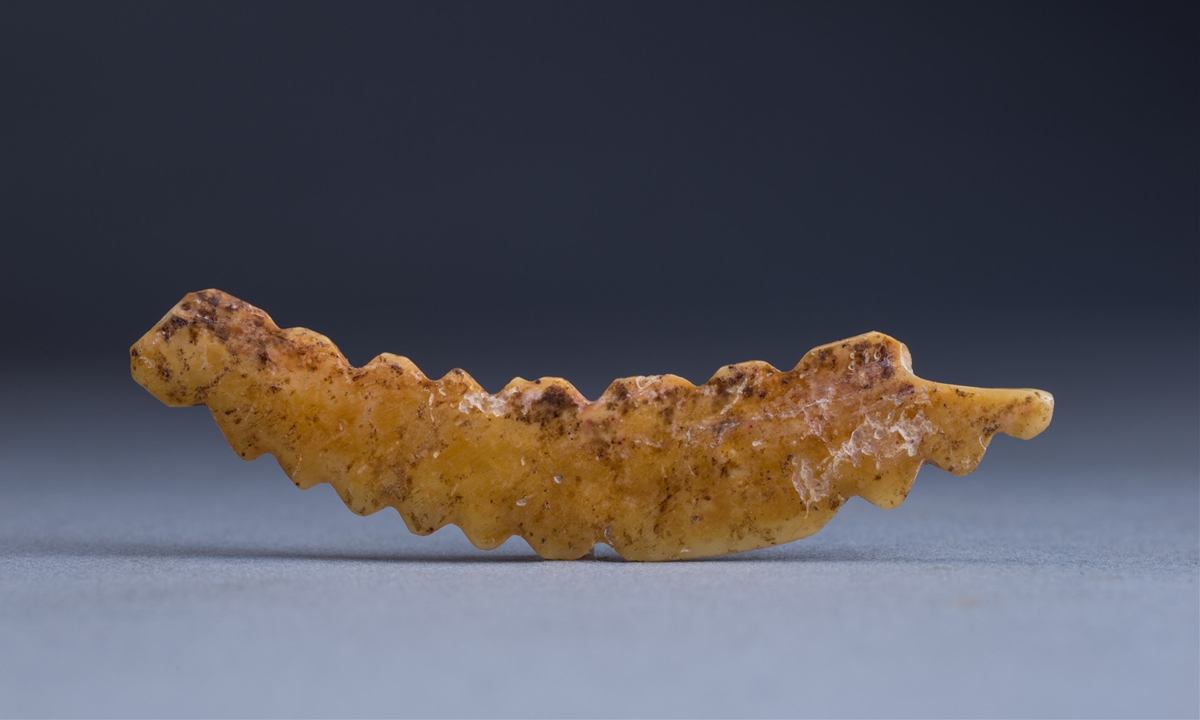 The Shuanghuaishu Heritage Site stretches about 1,500 meters from east to west, about 780 meters from north to south. More than 1,700 relics including large public tombs, rammed earth altars, houses, ash pits, human sacrifice and animal bone pits have been discovered at the site. It is the largest core settlement discovered in the middle and lower reaches of the Yellow River and has provided valuable insight into the origin of Chinese civilization. 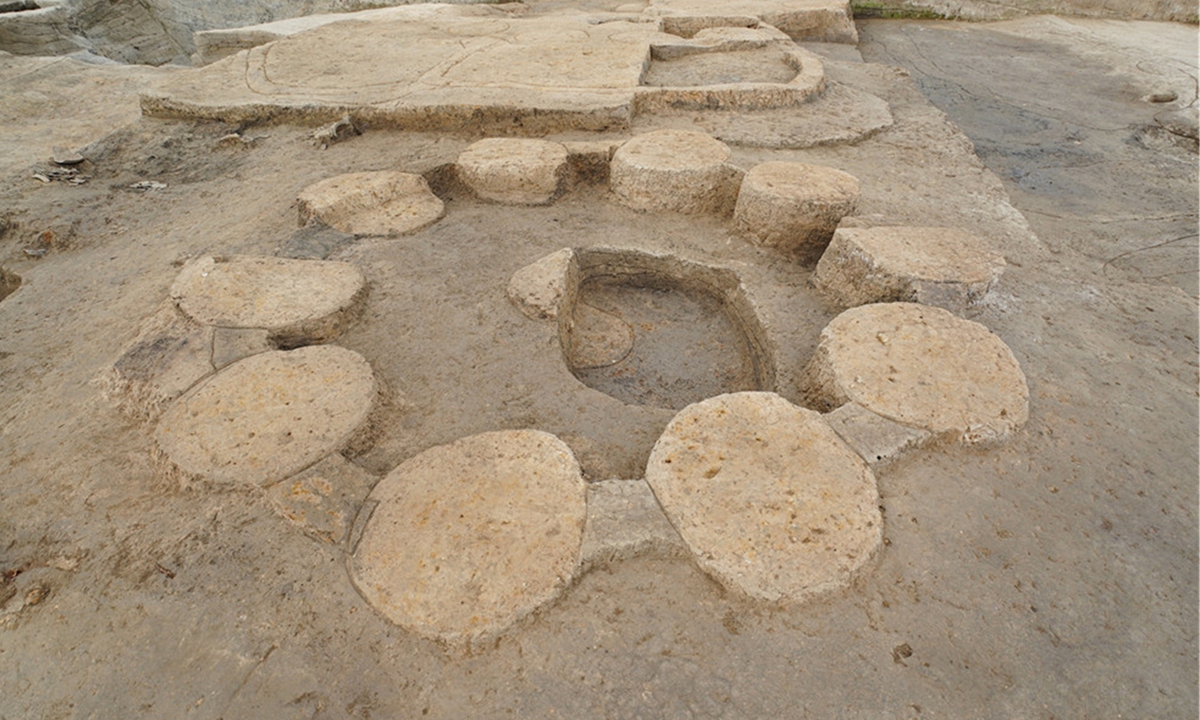 Covering a total of 100,000 square meters, the Shizhuang Heritage Site started off as a place to store food and provide shelter, but eventually grew into a city that could produce its own food. The site is the earliest city for food supply discovered in China so far and provides significant materials for studying grain reserves, unified management and the possible existence of an early tribute system in ancient China. 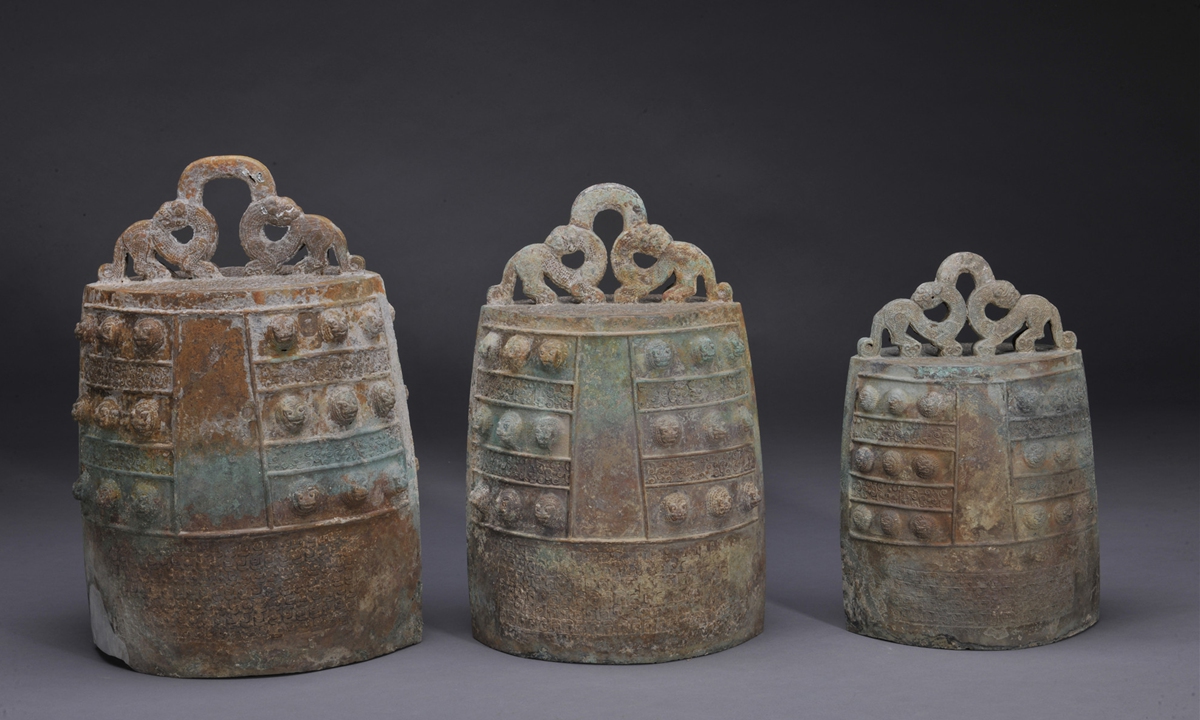 A large number of horses, cattle and sheep heads and hoofs were found in the northeast or north corner of the pits at the Xuyang Graveyard Site, which is a custom that has not been previously seen in Central China. Other burial objects included copper chimes and jade rings. The graves belonged to nobles of the Rong ethnic group and demonstrated the merging of ethnic cultures at that time in the region. 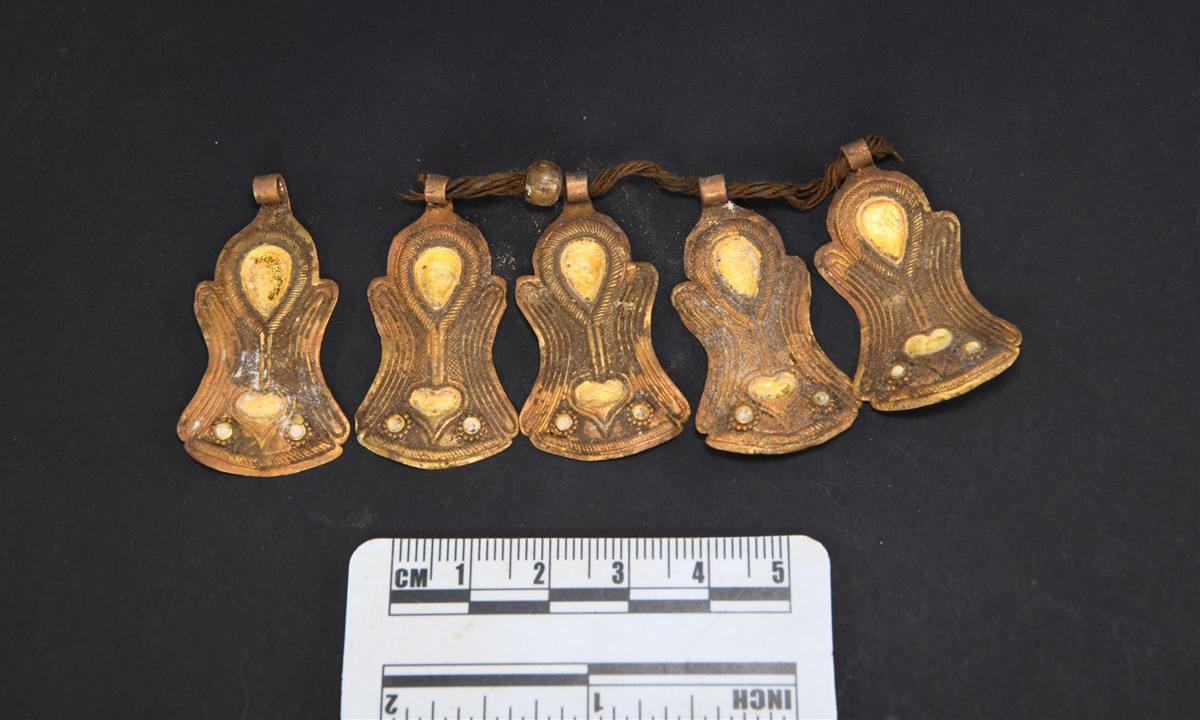 The tombs found at the Sangsdar Lungmgo Graveyard held numerous relics include pottery and bronze wares, stone tools and textiles. Among them, the wooden terracotta figures unearthed at the site are the first of its kind discovered on the Qinghai-Tibet Plateau. The figures are strikingly similar to those unearthed from the tombs found in Turpan, Northwest China's Xinjiang Uygur Autonomous Region.

The graveyard has provided insight into the early social structure and lives of people in western Tibet and shows the frequent exchanges the region had with other areas in China. 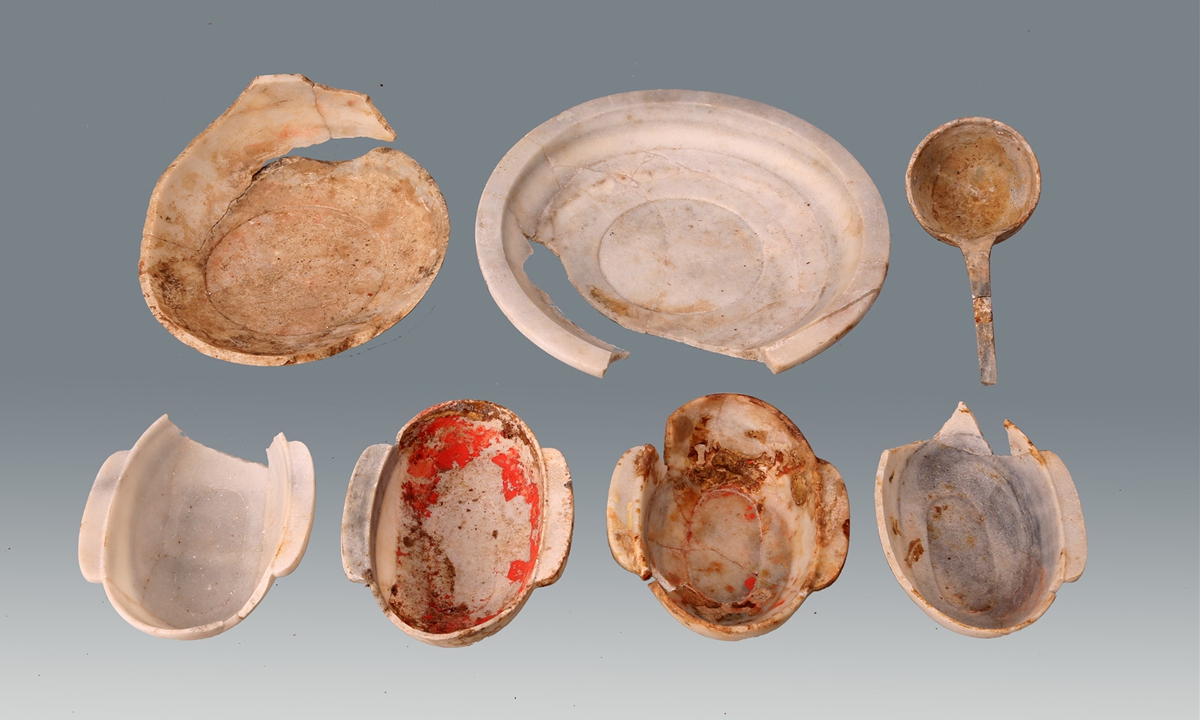 More than 4,800 cultural relics, including pottery and iron wares, were unearthed from the Tushan Tombs' No.2 Pit. Different burial objects were placed in different burial chambers according to their functions.

Three people were buried in the pit: a vassal king of the Eastern Han Dynasty, his queen and what archaeologists theorize to be a woman of high social status.

The discovery of the vassal king is of great academic significance for mausoleum studies and research into the evolution of ancient tombs in China. 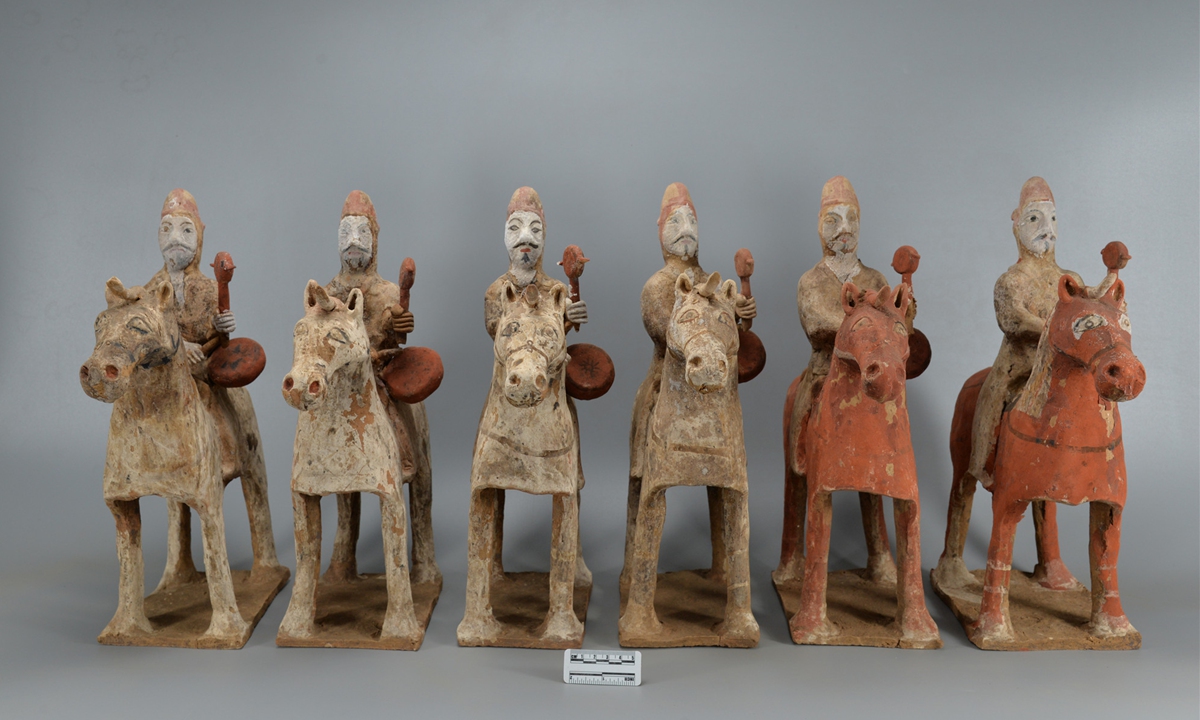 Three rare tombs have been excavated at the Shaanxi Shaolinyuan Tombs excavation site. A total of 278 rare relics, including sculptures and murals, have been discovered in the tombs.

The three tombs have been labeled Jiaocun M25, M26 and Zhongzhaocun M100. Mural paintings found in Jiaocun M25 depict human figures as well as written script. A total of 68 pottery wares were also found, while 12 similar wares were found in M26.

Archaeologists have also discovered three earthen structures in M100 that are to be prototypes of traditional Chinese civil architecture. 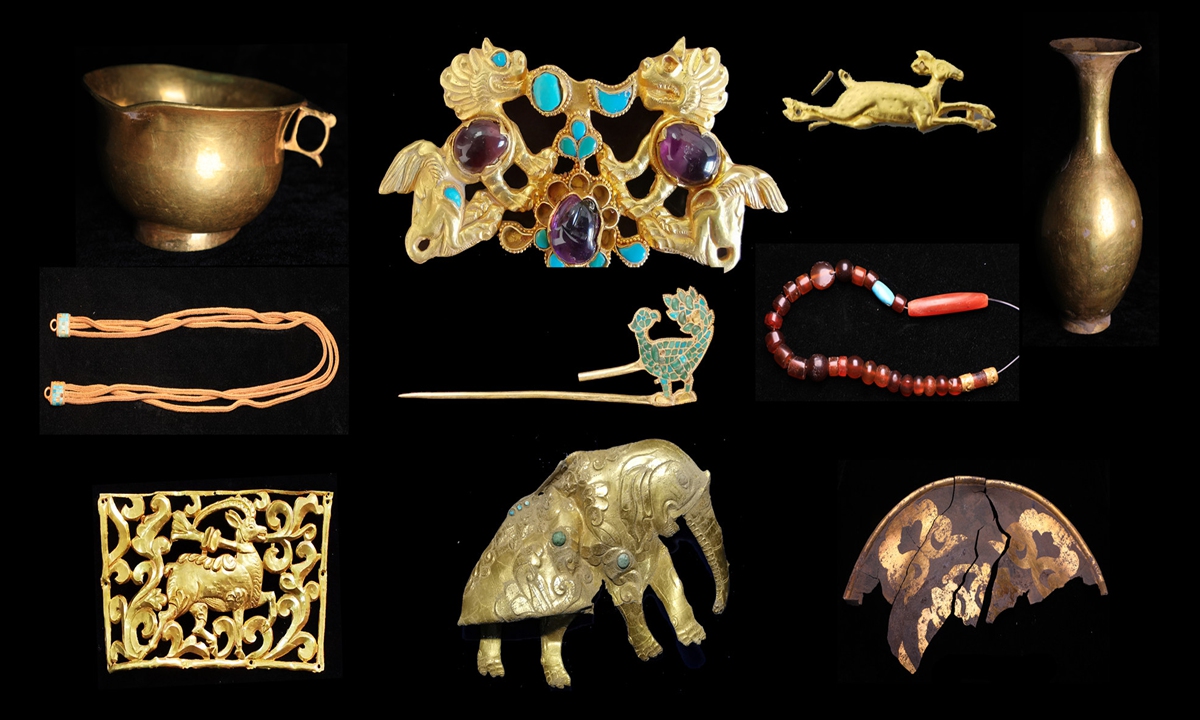 The Xuewei No.1 Tomb at the Qinghai Rehui Graveyard is a wood-stone multi-chamber tomb dating back to the Tang Dynasty.

The well-preserved tomb's layout and structure remain relatively intact. Precious relics such as gold and silver ware, bronzes, silk and leather items and a silver stamp discovered in the tomb shows that it belonged to a monarch of power.

This discovery is an important historical reference for studying the burial system and customs in the region. It also holds value for researchers studying the history of the Silk Road and the cultural and commercial exchanges that took place between ethnic groups during the Tang Dynasty. 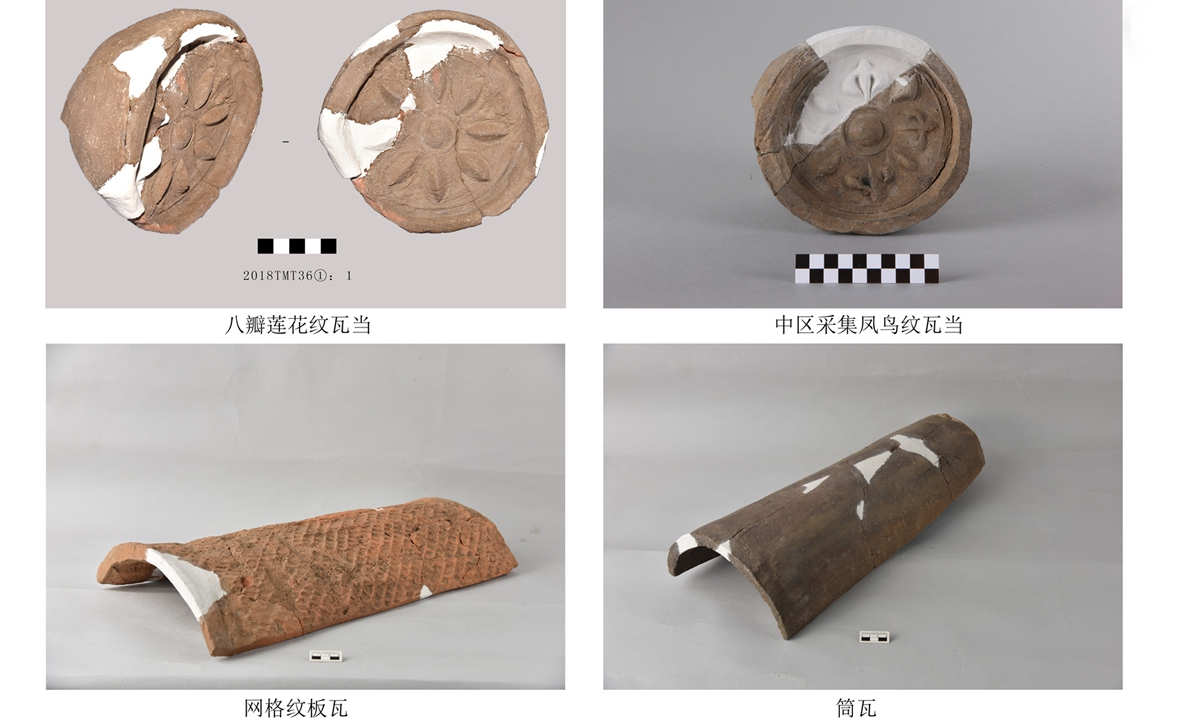 The Jilin Mopancun City Ruins were once the capital city of the regional regime known as Dongxia.

Located on a mountainside, the city walls were built of stone and were in an irregular oval shape with a circumference of 4,454 meters. There were several gates located within these walls and there is evidence that a palace was located at the center of the city.

Precious relics including a bronze fortune telling object and jade wares have been discovered at the ruins.

A large-scale warehouse discovered in the ruins has helped shed light on the agricultural development and utilization of natural resources in the region in ancient times.