Ancient connection to the world

Over 700 years ago, Italian explorer and merchant Marco Polo departed ancient China through the Maritime Silk Road. After he introduced exquisite Chinese porcelain, silk and tea to Europe, the world turned their interest to the prosperous marine city he departed from, Quanzhou, and the glamorous Eastern country of China. On Sunday, a total of 22 sites in Quanzhou, "China's World Ocean Trade Center in Song Dynasty (960-1279) and Yuan Dynasty (1271-1368)" and the only starting point of the Maritime Silk Road recognized by UNESCO, were together listed as a World Heritage site at the 44th session of the World Heritage Committee held in Fuzhou, East China's Fujian Province. China now boasts 56 UNESCO World Heritage sites. Global Times reporter Chen Xi further delves into the city's culture and history. Quanzhou, also known as "Zayton," is located in the south of Fujian Province. One of the first Chinese trade ports to open to the outside world, it became an immensely prosperous center of trade from the 10th to the 14th century.

Quanzhou has a long history. Its economic development can be traced back to the Zhou (1046BC-221BC) and Qin (221BC-206BC) dynasties. Later, it became one of the four major ports of the Tang Dynasty (618-907) and eventually became the largest foreign trade port in China around the end of the Song Dynasty (960-1279) and the beginning of the Yuan Dynasty (1279-1368). During the middle of the Yuan Dynasty, the Quanzhou Port was only rivaled by Egypt's Alexandria Port in size.

Quanzhou was listed as a World Heritage Site for its glorious history, lavish products, unique geographical advantages, effective management system and diverse religious cultures, which can be seen reflected in the history of its listed 22 World Heritage Sites.

The city with a deep-rooted centuries-old culture boasts five world-class intangible cultural heritages including Nanyin music, Rituals and Related Practices for Maintaining the Sustainable Connection Between Man and the Ocean, and the Quanzhou Marionette Show, making it a one-of-a-kind city in China as it spans all three major categories for the UNESCO list.

Ancient sites like the Dehua Kilns and the Xiacaopu Iron Production Site in Qingyang Village in Anxi are evidence of the rich and diverse resources Quanzhou enjoyed in ancient times. The Xiacaopu site was the center of Quanzhou's metallurgical handicraft industry during the Song and Yuan dynasties. The Dehua Kilns, one of the four famous porcelain kilns during the Ming Dynasty, mainly produced celadon and white porcelain wares. Historical records show that Dehua white porcelain wares were among the main items that Marco Polo took on his return to Europe.

The cosmopolitan nature of the city had a great influence on both Chinese and world history.

An eye to the future

Though centuries has passed, the time-honored city has held on to its vibrant and vigorous prosperity. Even at 10 pm, West Street, a well-known street full of local culture, remains crowded with people, especially the young. Generally speaking, many young Chinese prefer heading to large urban centers like Beijing and Shanghai to pursue their career, but Quanzhou has attracted many young people with its profound history and culture. 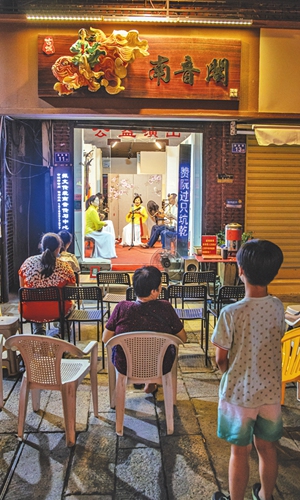 Local resident Huang, 40, told the Global Times that he is very happy that the city was selected by UNESCO, but that he "was not surprised by the result because Quanzhou's rich cultural heritage and history earned it the title."

"Quanzhou born, I am very thrilled that my hometown has successfully become a World Heritage site, but I hope future construction and urban planning will allow it to hold onto its current flavor rather than change it into an internet celebrity city, because the charm of Quanzhou is its authentic nature and culture," said 25-year-old woman Xue Ruowen.

Zhou Zhenping, deputy mayor of Quanzhou, said that the local government has carried out a series of measures to protect Quanzhou's heritage.

For example, the government is working on a unified online booking platform for the city's 22 World Heritage sites.

"The world heritage application is just a means to implement better protection… We are trying our best to build a National Tourist Resort," Zhou told the Global Times.

The docks were a hub for land and water transportation between the urban and port areas of ancient Quanzhou.

Built on a local mountainside, the tombs are the oldest and most intact Islamic holy site in China.

Standing 5.63 meters high, the statue is evidence of how Taoism flourished in the city during the Song Dynasty.

Decorated with a carved Bodhisattva, the bridge is one of the four famous bridges in ancient China.

A total 2.5 kilometers long, the bridge is the longest extant stone beam bridge in China.

This bridge used to be the main channel connecting the commercial areas of Quanzhou. The outer harbor of Quanzhou Port is said to have been built by famous navigator Lin Luan in the early 8th century. 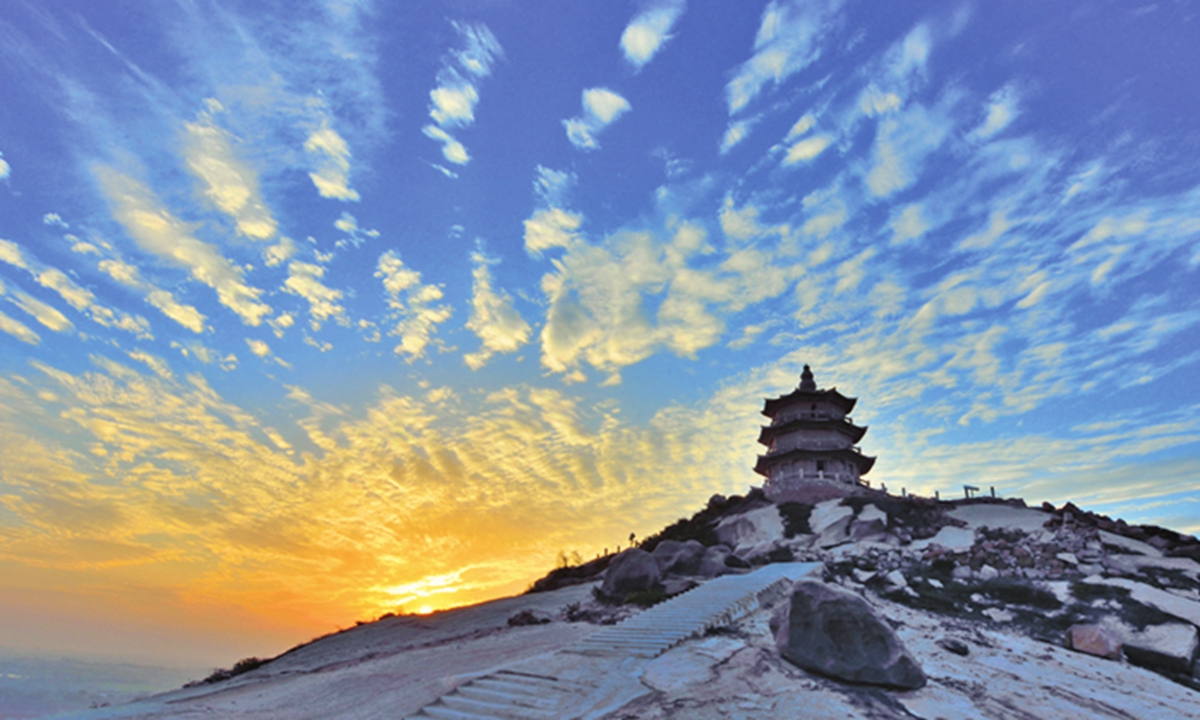 This pagoda is 22.86 meters high and was a landmark for merchant ships arriving in the port.

The largest Buddhist temple in Fujian Province, it is a testament to the coexistence of various religious arts.

The mosque is one of the oldest Islamic monasteries in China. This statue is currently the world's only remaining stone statue of Manichaeism's Mani Buddha. 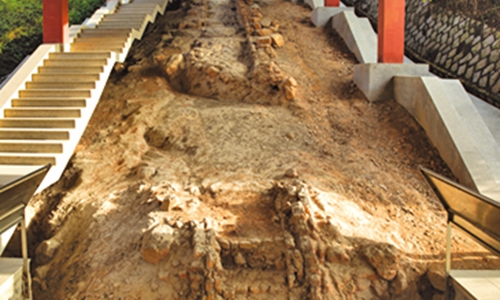 The remains of the Cizao Kilns are the largest ancient kiln site in Quanzhou.

Duhua porcelain was an outstanding representative of porcelain exported from China.

The site was an official metallurgical production site during the Song Dynasty. 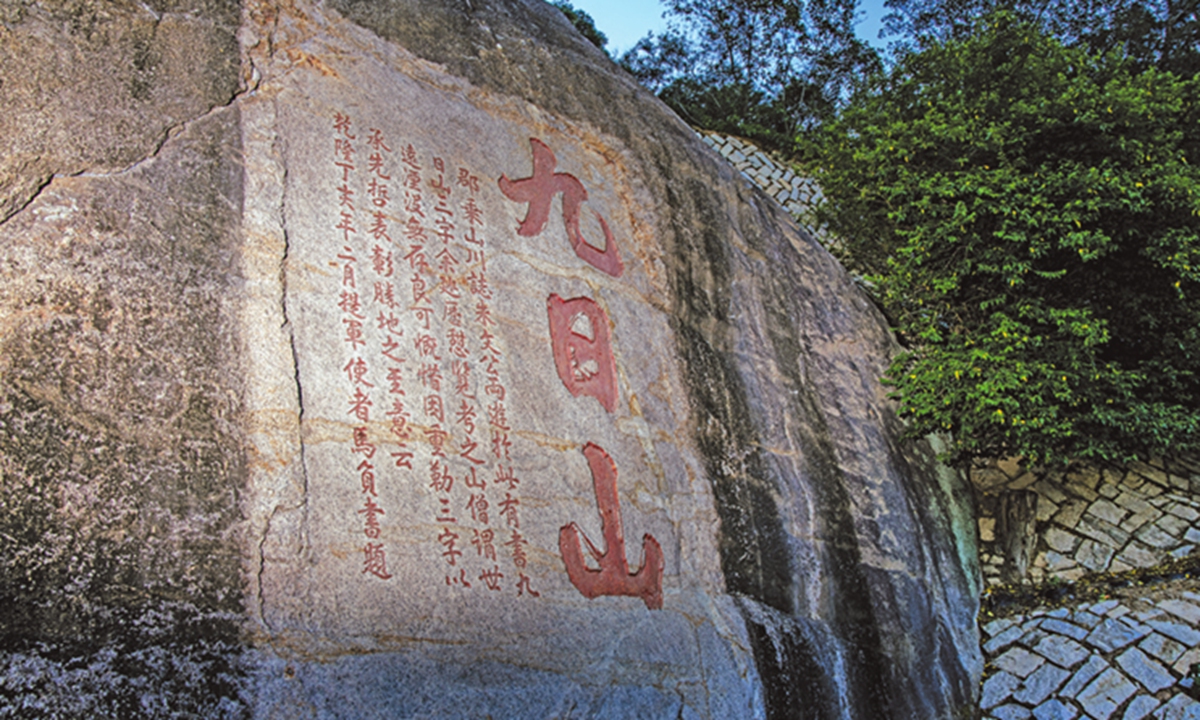 These stone carvings created between 1174 and 1266 are the only original records of the Song's maritime sacrificial ceremonies.

This site is the only extant ancient customs building in China.

The oldest and best preserved Mazu temple in China, the Tianhou Temple remains an important center of Mazu worship. 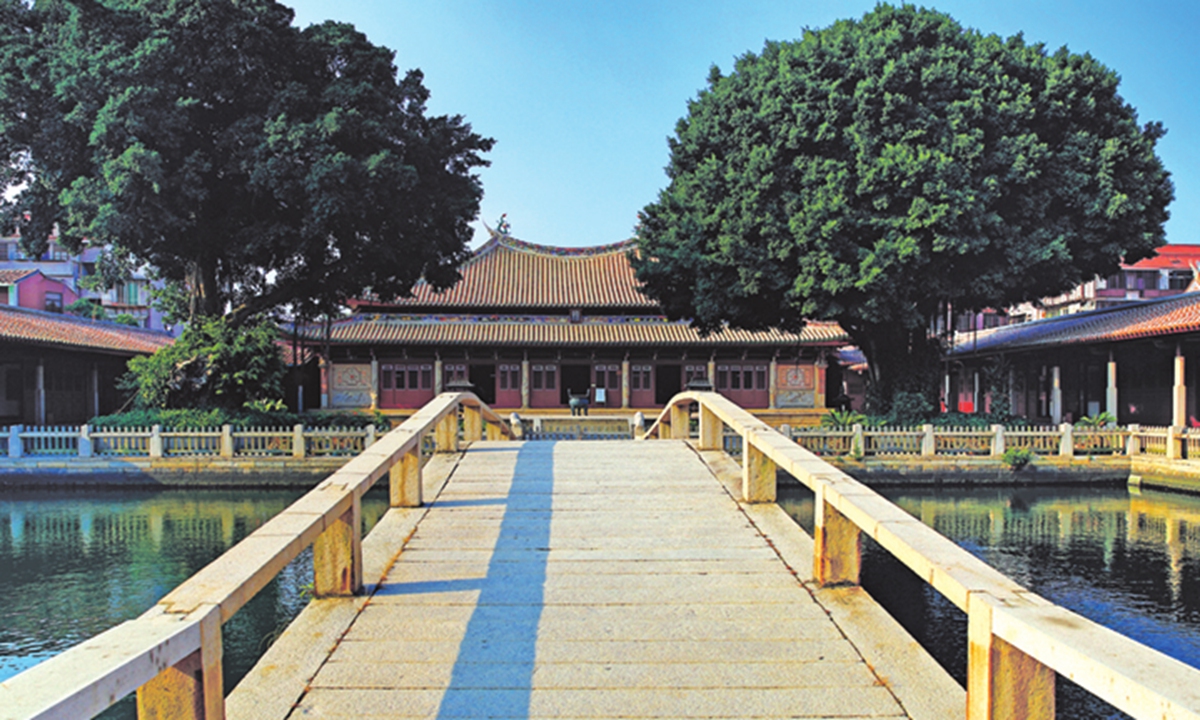 This is the largest Confucian temple complex in Southeast China.

This building hosted the imperial management administration for the Song Dynasty royal family, which moved to Quanzhou in 1130.

Unearthed relics at the Deji Gate are evidence of the highly prosperous overseas trade and cultural exchanges in Quanzhou from the 10th to 14th centuries.